Life on the Mississippi
(eAudiobook) 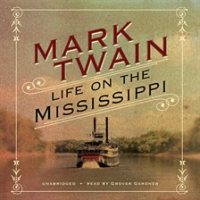