How the Light Gets In
(eAudiobook) 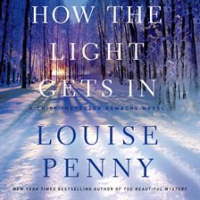